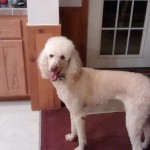 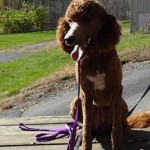 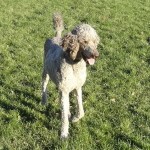 Sugar is a beautiful standard Poodle weighing in at 65 lbs. Standing 27 inches tall. She’s really a low energy kind of girl. She’ll be bred to Jaxxson for her next litter and will be retiring after that. 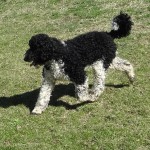 Yankeedoodle Poppy is an F1b goldendoodle. She will require a fenced yard in her new home. She’s a lower energy kind of dog. If you are interested, make an appointment to see if she likes you:) 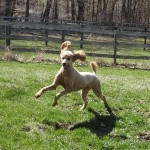 Her registered name is “Autumn Sunset After The Rain, but come on, her nick name was Amber when we got her and she answers to that so Amber it is. She’s a small poodle that we have bred to Geronimo again for her last litter before retiring. They’ll be going home in February.

I know, strange name eh, you should see her registered name. Can’t even say it. she’s just Squishy to us. She’s Spencer’s niece and aside from being black and white instead of brown and white they are very much alike. She is already 4 yrs old but had never had pups before. 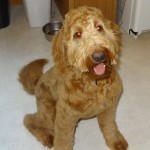 Meet Geronimo. He is a bit smaller than our other dads for pups averaging in the 40-50 lb range. He is a sweet happy-go-lucky kind of guy. Never met a stranger. He makes beautiful red and apricot pups.

Our Wendy and Lincoln goldendoodle pup “Oriana”. She was bred to Tumbleweed and they have 7 big beautiful pups. She will be retiring from motherhood after this. 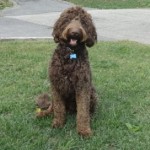 Jaxxson is our latest addition to the family. He is a chocolate goldendoodle, who’s dad is a parti-poodle and mom a golden retriever. He produced some spectacular chocolate and parti pups this spring. We can’t wait to see them grow up.

Most of our pups are sold before they are born, but here’s a few of the last litters already sold: 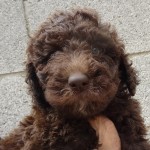 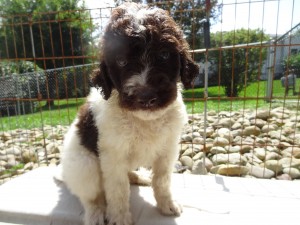 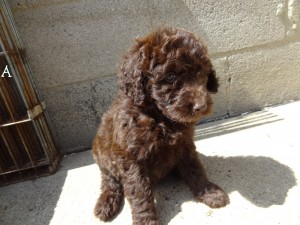 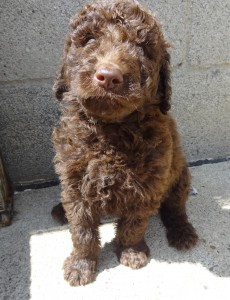 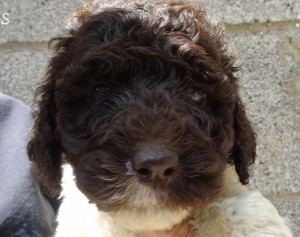